Jaylon Smith net worth: Jaylon Smith is an American professional football player who has a net worth of $4 million. Jaylon Smith was born in Fort Wayne, Indiana in June 1995. He is a linebacker who played at Bishop Luers High School where he won the Butkus Award for best linebacker in the country and was named Mr. Football of Indiana.

Smith played his college football at Notre Dame where he won the Pinstripe Bowl in 2013 and the Music City Bowl in 2014. He was named a second-team All-American in 2014 and was the Independent Defensive Player of the Year. Jaylon Smith won the Dick Butkus award in 2015 and was a consensus All-American. He was first-team All-Independent in 2014 and 2015. Jaylon Smith was drafted #34 overall by the Dallas Cowboys in 2016. He signed a four year rookie contract for $6.49 million with a $2.9 million signing bonus in 2016. His brother Rod Smith has played for the Dallas Cowboys. 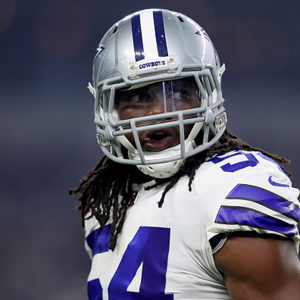