What is Jay Cutler's Net Worth and Salary?

Jay Cutler is a retired American professional football quarterback who has a net worth of $30 million. Jay Cutler's net worth was previously much higher, but was roughly halved as a result of his divorce from Kristin Cavallari.

During his 12-season career in the NFL, Cutler established himself as an integral part of the Chicago Bears, although he was somewhat of a divisive figure among critics. After initially retiring and working as a sportscaster, Culter returned to the NFL for one more season with the Miami Dolphins before finally calling it quits in 2017 after injuries got the better of him.

Jay Christopher Cutler was born on April 29th of 1983 in Santa Claus, Indiana. After enrolling in high school in Indiana, Jay became the starting quarterback for his school team three years in a row. His team performed well throughout the year and during his senior year, they went the entire season without a single loss. During this year, they also won the 3A state championship.

During this period, he also played quite regularly as a safety, making 19 tackles and establishing himself as a key defensive player. Outside of his exploits on the football field, Cutler also played on the basketball team and earned honors while acting as a shortstop in baseball. Throughout his youth, Jay was an avid fan of the Chicago Bears – the team that would later sign him.

After graduating from high school, Jay attended Vanderbilt University in Nashville, Tennessee. With 45 starts as a quarterback during his college football career, Culter broke a record for quarterbacks in the school's history. He went on to score the most touchdowns and rushing yards for any freshman in the school's history. He didn't miss a single game during this period, suffering no injuries throughout his time on the field.

His final season with Vanderbilt was his most successful. After scoring 42 points against the top-ranked Florida Gators at their home stadium (the most points they have ever conceded), NFL John Lynch gushed over what Cutler was managing to accomplish with "a bunch of future doctors and lawyers." During his time at Vanderbilt, Jay also studied diligently and graduated in 2005 with a Bachelor's degree in human and organizational development.

Jay Cutler's professional career began in 2006 with the NFL Draft. He was pegged as one of the best quarterbacks available during this draft, and he was selected as the 11th overall pick during the first round by the Denver Broncos. He then agreed to a six-year, $48-million contract, including $11 million in bonuses alone.

Cutler started as the second-choice quarterback with the Broncos, but he quickly replaced Jake Plummer as the starter and began the season strongly with a 71-yard touchdown pass. After another strong season, many observers began to believe that Cutler could reach the level of quarterbacks like Peyton Manning and Tom Brady.

By 2009, Cutler asked the Broncos to trade him, and he joined his favorite boyhood team, the Chicago Bears. He quickly signed a two-year contract with the Bears worth $30 million. His first season in Chicago was a little tumultuous, and he suffered a serious injury in 2010. Further injuries followed, and the Bears' performance was never totally convincing. Nonetheless, Cutler signed a seven-year contract extension with the team in 2014.

In 2017, Cutler was released by the Bears through a $2 million buyout clause. His mediocre performances and his injuries had proven to be too much for the Bears to bear. Not long afterward, Jay announced that he was retiring from football to become a commentator with Fox Sports. However, in August of that year, the Miami Dolphins were suddenly without a quarterback when Ryan Tannehill was seriously injured.

The Dolphins reached out to Cutler, and he signed a one-year, $10 million contract with the desperate team. Despite concussions, cracked ribs, and other difficulties, Jay played quite well during his last season – especially when he managed to steal the spotlight from Tom Brady during a win against the Patriots. After the end of the 2017 season, Cutler finally retired permanently. 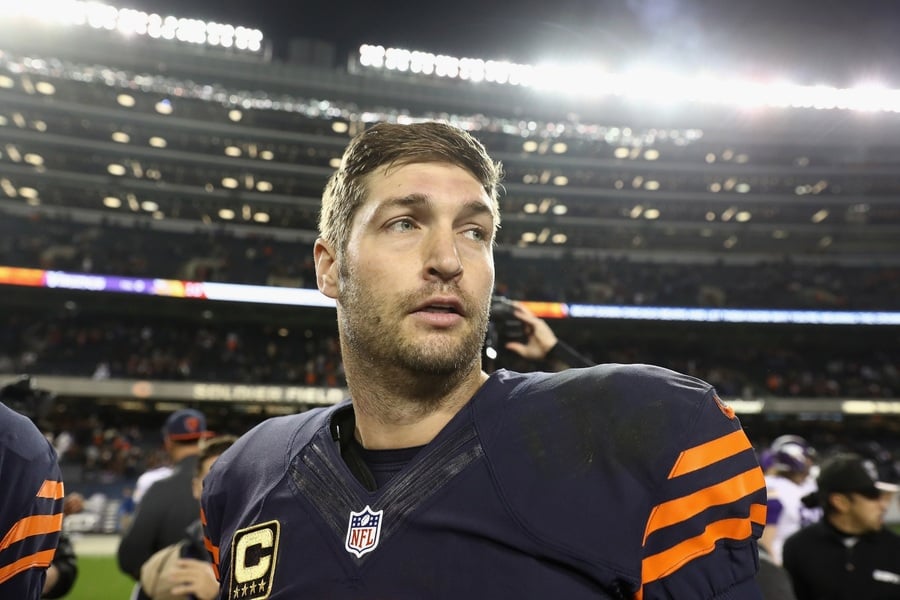 In 2010, Jay started a relationship with Kristin Cavallari, a reality TV star who became famous for appearing in the series "Laguna Beach: The Real Orange County." One year later, the couple became engaged. Later in 2011, Jay and Kristin called off their engagement – only to get back together after a few months.

They were finally married in 2013. Over the course of their relationship, they had three children together. In 2020, the couple announced that they were in the process of getting a divorce. Cavalli explained that she and Cutler had "grown apart."


For the 2014-2015 season, Jay Cutler was the highest-paid quarterback in the entire league with a salary of $22.5 million. During his time with the Bears, Jay Cutler earned $54 million in total salary payments. During that period, his team was 12-23 in the games that he played. During his entire NFL career, Jay earned around $120 million in salary alone.

In July of 2020, the couple finally managed to sell this home, although they took another huge loss. In the end, they walked away with just $3.7 million. That is a huge price cut from their original listing price of $7.9 million in 2019. However, it's worth noting that they had already broken up when these deals were taking place. Because of the impending divorce, it's likely that the couple were simply trying to liquidate their assets so that they could be distributed evenly.

After selling a previous home, various observers started to wonder where the couple would go. However, their questions were soon answered later in 2018 when Cutler and Cavallari purchased a $4.2 million, 35-acre "hobby farm" in the Nashville area. They split up not long afterward, and it's not clear whether or not they ever had a chance to live in their new 10,000-square-foot residence together. 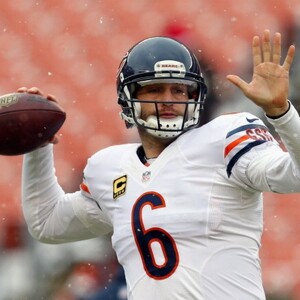