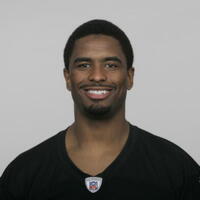 Javon Walker Net Worth: Javon Walker is a former American professional football player who has a net worth of $12 million. Born in 1978 in Galveston, Texas, Javon Walker played wide receiver at Florida State University during the late '90s and early 2000s after a brief stint at a junior college in Mississippi. Walker earned second-team All-ACC honors in 2001 and was named the MVP of the Gator Bowl one year later. The Green Bay Packers chose Walker with the 20th overall pick during the first round of the 2002 NFL Draft, and he made his rookie debut with the Packers the same year. Walker played in Green Bay until 2005. He later played with the Denver Broncos from 2006 until 2007, the Oakland Raiders from 2008 until 2009, and was part of the Minnesota Vikings during the offseason heading into the 2010 season before he was cut prior to the start of the regular season. A few months later, Walker was suspended for four games by the league, though it's unknown exactly what rule he violated. He finished his professional career with 267 catches for 4,011 yards and 31 receiving touchdowns. During the 2008 offseason, Walker made headlines for being the victim of an apparent robbery in Las Vegas, where he was found unconscious on the street near the Strip. Walker's assailant was sentenced to life behind bars.