Jason Taylor net worth: Jason Taylor is a former American football player who has a net worth of $25 million. Jason Taylor earned his net worth as a NFL defensive end and linebacker for teams including Miami Dolphins, Washington Redskins and New York Jets before retiring from the game in 2011. Taylor started his college career with University of Akron where he was a four-year letterman and a three-year starter.

He was selected by Miami Dolphins in the 1997 NFL Draft, signing a three-year deal worth $1.3 million. He was quickly seen as one of the best defensive ends in the league. In 2001, he signed a six-year deal, worth $42 million to stay with the Dolphins. He remained with the team until 2007. He would play for the team on two separate occasions in 2009 and 2011. He played for Washington Redskins in 2008 and the New York Jets in 2010. The Six-time Pro Bowl player's last game was with the Dolphins in 2011. Taylor created NFL history by winning the AFC Defensive Player of the Week seven times. Since his retirement, Taylor has appeared as a guest analyst on NFL Live and an analyst for ESPN. He also appeared on Dancing with the Stars. 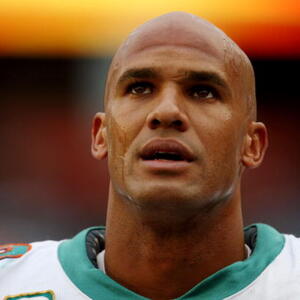