Jason Sehorn net worth and salary: Jason Sehorn is a retired American professional football player who has a net worth of $20 million. Jason Sehorn spent most of his career playing the cornerback position for the New York Giants. During his time with the Giants, he received some notoriety for being the only white starting cornerback in the NFL.

Jason Sehorn was born in Sacramento, California and played college football first at Shasta College (a junior college in Redding) and then for two years at the University of Southern California. He was drafted in the second round of the 1994 NFL Draft by the New York Giants. Sehorn spent most of his career playing the cornerback position. After an incredibly successful season in 1997, he suffered a debilitating knee injury tearing both his anterior cruciate and medial collateral ligaments. He returned to football after taking the 1998 season off, but his speed was greatly diminished. He continued to play with the Giants until 2004 when he was released to the St Louis Rams. Unfortunately, he never ended up playing for the Rams because his foot injury was still unhealed after his second surgery to repair damage.

Jason Sehorn was married to former CNN correspondent, Whitney Casey, for one year until their divorce in 1999. He was married to actress Angie Harmon from 2001 to 2016. They have three daughters. He is now the Director of Communications at Sonic Automotive, an automotive retailer in the United States. 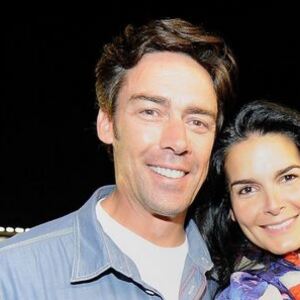