How much is Jason Hanson Worth?

Jason Hanson net worth and salary: Jason Hanson is an American football player who has a net worth of $15 million dollars and annual salary of $2.5 million. Born in Spokane, Washington, Jason Hanson distinguished himself on the football field in college, and was an All-State honoree in Washington. He went to attend Washington State University, where he set school and PAC-12 records in the number of successful field goals from greater than 50 yards, among other records. He graduated with a degree in Science-Premed. He was drafted by the Detroit Lions in 1992, and has played with them ever since, becoming the NFL player who has played the most games with the same team ever. He also holds the record for the number of field goals from 50 yards or more for the NFL. He is the fourth leading scorer in NFL history, and has won numerous honors, including PFWA Offensive Rookie of the Year, the PFWA Golden Toe Award, and the Ed Block Courage Award. 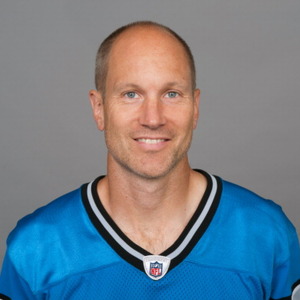