Jason Ferguson Net Worth: Jason Ferguson is a retired American professional football player who has a net worth of $12 million. Born in 1974 in Nettleton, Mississippi, Jason Ferguson played college football along the defensive line at the University of Georgia after spending two years in junior college at Itawamba Community College.

The New York Jets chose Ferguson with the 229th overall pick during the seventh round of the 1997 NFL Draft. Ferguson stayed with the Jets until 2004 before becoming one of the most sought-after free agent prospects heading into the start of the 2005 season. He landed a five-year, $21.5 million contract with the Dallas Cowboys. He was traded to the Miami Dolphins following a season-ending injury during the 2007 season. While with the Dolphins, Ferguson reclaimed a starting role at nose tackle and put together a solid 2008 and 2009 season before suffering a year-ending knee injury. Heading into the 2010 season, Ferguson was suspended by the league for eight games after failing a league-given drug test. He retired from professional football on July 15, 2010. Ferguson racked up 325 tackles and 21.5 sacks over the course of his career to go along with three forced fumbles in more than 150 games. 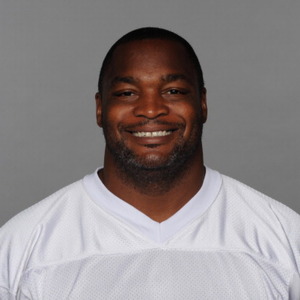