Jason Elam Net Worth: Jason Elam is a retired American football player who has a net worth of $9 million. Jason Elam was born on March 8, 1970, in Fort Walton Beach, Florida. Elam has established himself as a an outstanding placekicker in a NFL career spanning over seventeen years. An aspiring high-school student at the Brookwood High School, in Snellville, Georgia, Elam lettered in football, swimming and track. Still, he excelled the most in football being a first-team All-County honoree and second-team All-State. In college, he got the chance to showcase his placekicker talent for the University of Hawaii at Mānoa football team scoring the third-most points in NCAA history (397) and tying for the second-most field goals kicked (79). Having majored in communications at the University of Hawaii, Elam was drafted by the Broncos in the third round (70th pick overall) of the 1993 NFL Draft. He stayed with the team until 2007, playing his last season for the Atlanta Falcons.

During his career, Elam became a three-time Pro Bowl selection, won two Super Bowl rings with the Broncos and got tied with Tom Dempsey, Sebastian Janikowski, and David Akers for the longest field goal in NFL history at 63 yards. After he retired from the sport in 2009, he went on to add a published author to his resume as a co-author of three books: Monday Night Jihad, Blown Coverage, and Blackout. But that's not all, as he is also a licensed commercial airplane pilot, the Director of Israel for E3 Partners Ministry, a hunter, fisherman, as well as an Alaskan home owner. As for his private life, he is a married man and father of three. 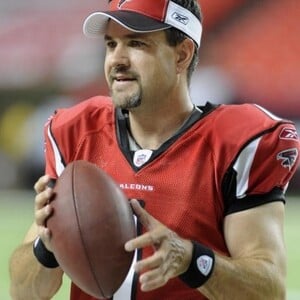