Jason Campbell Net Worth: Jason Campbell is an American professional football player who has a net worth of $3 million. Jason Campbell was born in Laurel, Mississippi in December 1981. Campbell graduated from Taylorsville High School where he was a Parade All-American and Mississippi Gatorade Player of the Year in 1999.

As a quarterback he played college football at Auburn University. As a senior his team went undefeated and Campbell was the SEC Offensive Player of the Year and the MVP of the SEC Championship Game. Campbell was drafted #25 by the Washing Redskins in the 2005 NFL Draft. He played for the Redskins until 2009 and then was traded for the Oakland Raiders where he played from 2010 to 2011. Campbell signed with the Chicago Bears in 2012 and was a backup for Jay Cutler but filled in when Cutler was injured. Campbell signed a contract with the Cleveland Browns in 2013. He signed with the Cincinnati Bengals for $1.5 million dollars in March 2014 and will serve as a back-up quarterback to Andy Dalton. During his eight seasons in the NFL Campbell has completed 60.3% of his passes and has thrown 87 touchdowns and 60 interceptions. He has a QB rating of 81.8 and has thrown for more than 16,000 yards. 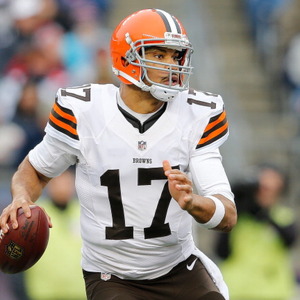