Jason Brown net worth: Jason Brown is an American retired professional football player who has a net worth of $9 million. Jason brown was born in Henderson, North Carolina in May 1983. At Northern Vance High School he was standout in football and track and field and was a member of the National Honor Society.

He won three state championships in discus and one in shot put. Brown played college football at North Carolina and was named First-team All-ACC in 2004. He played tackle and guard before settling in as a center. Brown was drafted #124 by the Baltimore Ravens in the 2005 NFL Draft. He played for Baltimore from 2005 to 2008 before signing a five year deal worth $37.5 million with the St. Louis Rams in 2009, of which $20 million was guaranteed. Brown was released by the Rams in 2012. In November 2014 it was reported that he quit football to be a farmer in North Carolina and had walked away from the majority of that $37.5 million contract. 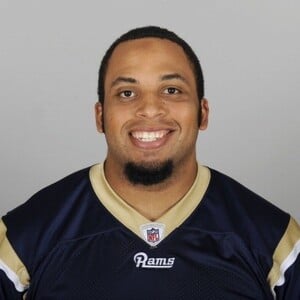