How much is Jarvis Jones Worth?

Jarvis Jones net worth: Jarvis Jones is an American professional football player who has a net worth of $7 million. Jarvis Jones was born in Richland, Georgia in October 1989. He is a linebacker who played in the U.S. Army All-American Bowl while playing for Columbus Carver High School. Jones played his college football at the University of Southern California before transferring to the University of Georgia. He won the Jack Lambert Trophy and was named SEC Defensive Player of the Year in 2012. Jones was drafted #17 by the Pittsburgh Steelers in the 2013 NFL Draft and has played for the Steelers ever since. Days before the NFL draft he signed an endorsement deal with Subway. 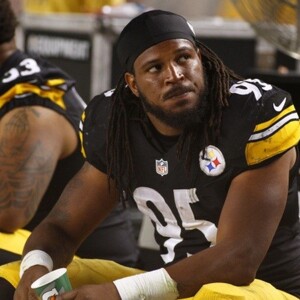