Jamal Williams Net Worth: Jamal Williams is a former American professional football player who has a net worth of $12 million. Born in 1976 in Washington, D.C., Jamal Williams played college football at Oklahoma State University where he majored in sociology and earned a first-team All-Big 12 Conference spot. The San Diego Chargers drafted Williams during the second round of the 1998 Supplemental Draft. He played for the Chargers from 1998 until 2009, becoming a three-time Pro Bowler in 2005, 2006, and 2007, and an All-Pro in 2004, 2005, and 2006. In 2002, Williams won the Ed Block Courage Award, given to the NFL players who are considered to be role models for courage, sportsmanship, and inspiration by their teammates. He was part of the Chargers' 50th Anniversary Team. Williams spent the 2010 season with the Denver Broncos, signing a three-year, $16 million deal, before he was released in 2011. He has 394 tackles, 312 solo tackles, 13 quarterback sacks, four forced fumbles, one interception, and 21 pass deflections during his career in the NFL. Williams has been married to his wife, singer Surel Williams, since 1999. They have two children together, daughters Jasmine and Joy Danielle. The family lives in Dallas and San Diego. 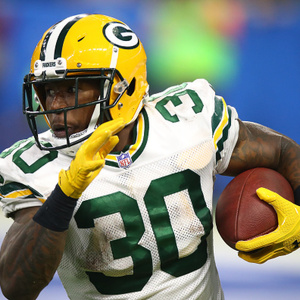