Jake Plummer Net Worth: Jake Plummer is a former American professional football player who has a net worth of $30 Million. Born Jason Steven Plummer on December 19, 1974, in Boise, Idaho, he served as a quarterback for ten seasons in the National Football League (NFL). Having accepted a football scholarship to Arizona State, Plummer led ASU to an undefeated regular season, a Pac-10 championship and the Rose Bowl. Throughout his college career, he threw for 8,626 yards with 65 touchdowns and 34 interceptions. In 1997, he was selected by the Arizona Cardinals in the second round of the NFL Draft that year, as the 42nd overall pick. Since, he had spent his first six seasons with the Cardinals and the last four with the Denver Broncos. It was in 2008 that Plummer confirmed his retirement through the Jake Plummer Foundation's website. Following his retirement from the sport, Plummer switched to four-wall handball. What's more, he has been an assistant football coach at Sandpoint High School since 2009. 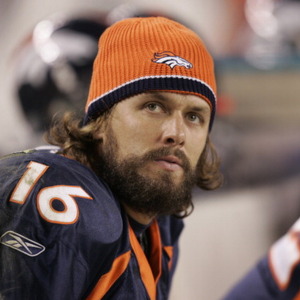