Jacob Tamme net worth and salary: Jacob Tamme is an American football player at the tight end position for the Denver Broncos who has a net worth of $8 million. Jacob Tamme was born in Lexington, Kentucky in 1985 and attended Boyle County High School in Danville, Kentucky where he played football, baseball, and basketball.

Jacob Tamme was a three-year starter at wide receiver and cornerback with a 58-2 record and four consecutive state championships. As a senior he caught 46 passes for 797 yards and 13 touchdowns. Jacob Tamme played college football at the University of Kentucky where, as a redshirt freshman, he played in all 11 games and had 16 catches for 161 yards. As a sophomore, Tamme played in all 11 games He earned a spot on the SEC Academic Honor Roll for three years in a row. Jacob Tamme was one of the top scholar-athletes in the country completing his bachelor's degree in three years and earning his MBA as well before entering the NFL. Jacob Tamme finished his career at Kentucky as the Wildcats' all time top pass-catching tight end. Jacob Tamme was chosen with the 127th overall pick in the fourth round of the 2008 NFL Draft by the Indianapolis Colts. Jacob Tamme played for the Colts from 2008-2012. He signed a three year, $9 million dollar deal with the Denver Broncos on March 23, 2012. 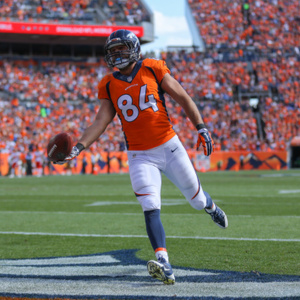