Jack Conklin net worth: Jack Conklin is an American professional football player who has a net worth of $6 million. Jack Conklin was born in Plainwell, Michigan in August 1994. He is an offensive tackle who played at Plainwell High School. Conklin played his college football at Michigan State where he was a 2015 First-Team All-American and 2015 First-Team All-Big Ten. He was drafted #8 in the 2016 NFL Draft by the Tennessee Titans. Jack Conklin's deal with the Titans is worth $16 million, of which $10 million is a signing bonus. 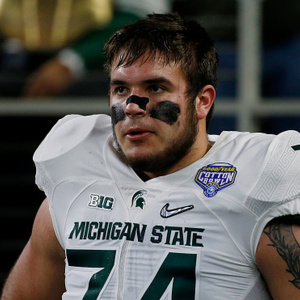