Isaiah Mustafa net worth: Isaiah Mustafa is an American actor who has a net worth of $5 million. Born in February of 1974 in Portland, Oregon, Isaiah Mustafa is the youngest of seven kids. In college, he studied history at Arizona State University, and went on to purchase a barbeque restaurant in Los Angeles.

However, it has since closed. In the late 90s and early 2000s, Mustafa served as a wide receiver for various pro football teams' practice squads. After participating in the Seattle Seahawks' training camp in 2000, he went on to pursue an acting career. However, it wasn't until 2010 when he received his big break, appearing in various television and online ads for Old Spice cologne as The Man You Wish You Could Smell Like. The ads are humorous in nature and generally feature a number of unrelated scenarios, and are narrated by Mustafa. He has stated that he's a comic book fan and regularly references his knowledge. When appearing on The Weakest Link, he correctly answered a comic book-based question, which allowed him to win $47,000. He credits the event with allowing him to become a professional actor. His daughter is named after the Batman character, Harley Quinn. 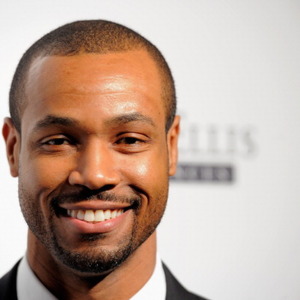