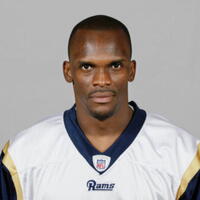 Isaac Bruce Net Worth: Isaac Bruce is a former American football player who has a net worth of $16 Million. Born Isaac Isidore Bruce on November 10, 1972, in Fort Lauderdale, Florida, he served as a wide receiver in the National Football League (NFL). Once he sharpened his skills playing college football at the University of Memphis, Bruce got selected by the Los Angeles Rams in the second round of the 1994 NFL Draft. He had been playing with the Rams ever since, except for his last season, 2008-2009, when he was a member of the San Francisco 49ers. In his 14-year tenure with the Rams, he was the leading receiver of The Greatest Show on Turf, as well as he won a Super Bowl ring with the team in Super Bowl XXXIV. Being an All-Pro and four-time Pro Bowl selection, Bruce amassed 15,208 receiving yards in his career (fourth all-time). Since 1996, he has shown an enormous interest in philanthropy, providing tickets to home games to various schools and youth organizations, as well as concluding a partnership with Haz-Waste to provide jerseys and limousine rides for children.