Hugh Douglas Net Worth: Hugh Douglas is a former American football player who has a net worth of $10 million. Born Hugh Lamont Douglas on August 23, 1971, in Mansfield, Ohio, he played defensive end in the National Football League and has served as football analyst for the ESPN television network. In his decade-long career, he got the chance to play for the New York Jets, Philadelphia Eagles (twice), and the Jacksonville Jaguars. Athletically gifted Douglas first showed his football skills at the Central State University in Wilberforce, Ohio, form which he majored at elementary education. While at college, he led his team to an NAIA national championship as a sophomore and he was named Defensive Player of the Year by The Pigskin Club of Washington, D.C. as a senior. Plus, he was a member of Phi Beta Sigma Fraternity, Inc. A first-round draft choice of the Jets in the 1995 NFL Draft, Douglas was named Defensive Rookie of the Year by the Associated Press the same year. Prior to the 1998 season, he was traded to the Eagles for two draft choices. Then he spent the 2003 campaign with the Jaguars before getting back to Philadelphia in 2004. A year later, Owens retired from the sport, right after he was reportedly involved in an altercation with former Eagles teammate Terrell Owens. Ranked fourth on the Eagles' all-time sack list with 54.5 during his six seasons, Dougles went on to serve for a while as an on-air reporter with WTXF-TV in Philadelphia and became a regular personality on Philadelphia's sports radio station 610 WIP. He did several broadcasting engagements, eventually joining Jalen Rose as a full-time analyst on ESPN2's Numbers Never Lie in September 2012. However, he was reportedly fired few months later, after using racist language and getting into an altercation with colleague Michael Smith. 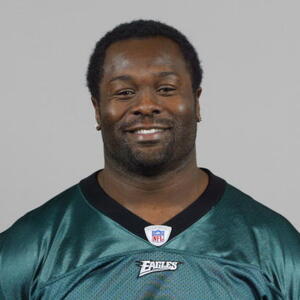