What is Hines Ward's Net Worth?

Hines Ward is a retired American football wide receiver who has a net worth of $18 million. He is best known today for being offensive assistant coach for the New York Jets, although he has a long and impressive playing career behind him as well. Back when Hines was a player in the NFL, he wowed fans as a wide receiver for the Pittsburgh Steelers. During his playing career, he became the team's all-time leader in receptions, receiving yardage, and touchdown receptions. Other honors include the Super Bowl MVP Award in 2005.

Outside of football, Ward pursued a successful entertainment career, appearing on TV shows like "Dancing with the Stars" and "The Walking Dead." He is also known for his cameo in "The Dark Knight Rises." In addition, he worked as an analyst for NBC's "Football Night in America" from 2012 to 2015. Ward later worked with networks such as CNN and HLN as an analyst.

Ward is somewhat unique in the world of American football because he was born in Seoul, South Korea. Hines Edward Ward Jr. was born on March 8th of 1976 in Seoul, South Korea. His mother, Kim Younghee, is a Korean national, while his father is an African-American who was serving in Korea as part of the United States military. Although the two parents initially lived in Atlanta and East Point, Georgia, Ward Sr. quickly departed for a tour of duty in Germany. One year later, the parents divorced when Ward Jr. was about two years old.

Hines first lived with his mother, but he was then raised by his paternal grandmother. Ward Sr. had complained in court that his mother could not raise him sufficiently because of her inability to speak fluent English. A few more years passed before Hines was reunited with his mother. During this time, Ward Sr. did not provide Kim Younghee with child support, and he neglected to visit his son on a regular basis. To this day, Hines Ward has stated that he has not reconciled with his father.

Ward Jr. quickly showed his athletic talents while at high school, initially excelling as a quarterback. He also played well in baseball and was even drafted by the Florida Marlins in 1994. However, Ward then went on to play football for the University of Georgia. This was when he first started playing wide receiver, although he also played tailback on occasion. He then went on to play quarterback during his sophomore year, performing quite well. However, he reverted back to his role as a receiver during his final two years. When all was said and done, Hines had the second-most receiving yards of any player in the school's history.

Interestingly, Ward then discovered that he was missing an anterior cruciate ligament after leaving college. It was later determined that the ligament must have been somehow removed or lost as a result of a bike accident during childhood.

Hines Ward played the entirety of his NFL career for the Pittsburgh Steelers, starting in 1998. He initially signed a three-year, $885,000 contract. In 2001, he signed a four-year, $9.5-million contract extension, having proved himself as a valuable player. 2002 was arguably the best season of his career, but he would go on to win the Super Bowl in 2005 and 2008. In 2009, he signed a four-year, $22-million contract, complete with a signing bonus of $3 million. In 2012, he retired after being released by the Steelers. 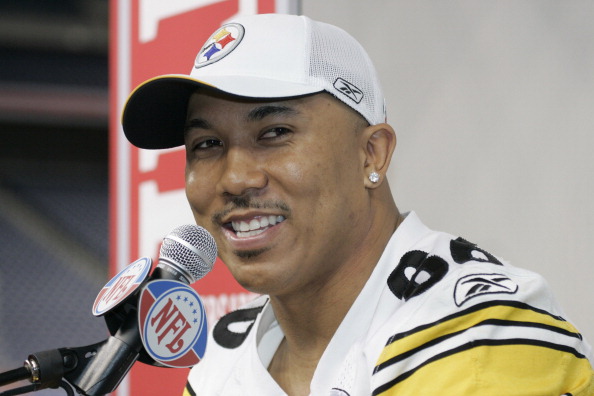 Ward is considered one of the best blocking receivers in NFL history. That being said, he was often criticized for hitting defenders on their blind side, which often caused serious injuries. It got so bad that the NFL was forced to create a new rule that banned these types of hits in the future, and this rule became known as the "Hines Ward Rule."

Hines Ward has attempted several business ventures, including a bar in Pittsburgh and a restaurant in Pennsylvania.

In 2012, it was reported that Ward was selling a property in Atlanta worth $5 million. The residence had been designed by Hines from the ground up, and it is located in Sandy Springs. Featuring 12,000 square feet and two three-car garages, Ward's home is situated on Riverside Drive, an area known for wealthy residents. Additional features include a basketball court, a heated saltwater pool, and cathedral ceilings. In 2012, the home had already spent multiple stints on the market with prices as high as $7.5. He originally purchased the plot of land for $1 million back in 2006.

After several years, this home re-emerged on the market for $5 million once again. In addition, it was reported that Hines was renting the home out for $50,000 per month – mostly targeting film production companies and high-profile actors. Studios were able to book the home for $15,000 per day for various shoots. Later in 2017, it was listed once again for $5.5 million. He finally sold this home in 2019 for about $3.7 million.

In 2020, it was reported that Ward had sold another home in Georgia. This residence is located near Alpharetta and sold for $1.85 million. Compared to his last real estate deal, this one was wrapped up quite quickly, as he managed to find a buyer within just weeks of listing the residence for $1.9 million. Located in a gated, affluent community near The Manor Golf and Country Club in Milton, the residence features five bedrooms and sits on 1.07 acres. Outside, there are spectacular views of the 11th hole of the nearby golf course. In addition, there is a pool. Inside, there is a floor-to-ceiling fireplace and marble floors.

In 2011, Hines Ward was arrested in Georgia for a DUI. In 2012, the charges were dropped as the result of a plea agreement. He then pleaded guilty to reckless driving and received one year of probation, 80 hours of community service, and a $2,000 fine.