Herman Edwards net worth: Herman Edwards is an American football analyst and former NFL football coach who has a net worth of $8 million dollars. Born in Eatontown, New Jersey, Herman Edwards played football at the University of California, Monterey Peninsula Junior College, and finally, San Diego State University. He graduated from San Diego State with a degree in Criminal Justice. He went on to play for the Philadelphia Eagles from 1977 to 1985, and achieved the second most number of interceptions in Eagles' history. From there he went on to play for the Atlanta Falcons, and then the Los Angeles Rams, before retiring from professional play in 1986. He then shifted his focus to coaching. For the next few years, he would serve as a defensive assistant and defensive backs coach for San Jose State University, the Kansas City Chiefs, and the Tampa Bay Buccaneers. The New York Jets then hired him as Head Coach. The choice proved to be only intermittently successful, and after five rocky years, the Jets traded him to the Kansas City Chiefs in exchange for a player. Unfortunately, his time with the Chiefs was equally problematic, and he was fired in early 2009. He now works as an analyst for ESPN. 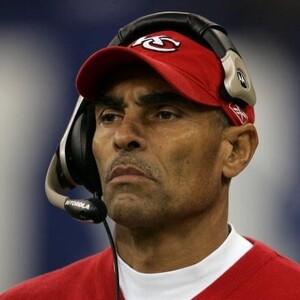