How much is Helio Castroneves Worth?

Helio Castroneves net worth: Helio Castroneves is a Brazilian race car driver who has a net worth of $40 million. He is probably best-known as an IndyCar driver and for winning the Indy 500 four times. Over a professional career that has spanned two decades, he has earned over $30 million in on-course prizes to date.

Helio Castroneves was born in Ribeirao Preto, Brazil in 1975. He began his racing career on the CART circuit. He went on to place third at the 1995 British Formula Three Championships while racing for Paul Stewart Racing. After performing moderately well on the Indy Lights circuit, he moved to the IndyCar circuit in 2000, racing for Penske. He was almost immediately successful, winning the 2001 Indianapolis 500 and the 2001 Indy 500 Rookie of the Year Award. He has since gone on to win several more Indy 500 races, and with the exception of a 7th place finish in 2011, has never placed below 6th in any season of racing in which he has participated.

As of this writing he has To date, he has 24 wins as an IndyCar competitor and 47 poles, four of which were for the Indy 500, including back-to-back poles in 2009 and 2010. Aside from racing, Castroneves also won the fifth season of Dancing with the Stars alongside his partner, Julianne Hough. He appeared again during the fifteenth season for a chance to win another mirrorball trophy, but this time with partner Chelsie Hightower. Unfortunately, the couple were voted off in the third week as part of a double elimination. Helio Castroneves has also appeared on truTV's The Smoking Gun Presents: World's Dumbest… as a frequent commentator. Castroneves and his girlfriend, Adriana Henao, currently live in Miami with their daughter, Mikaella. 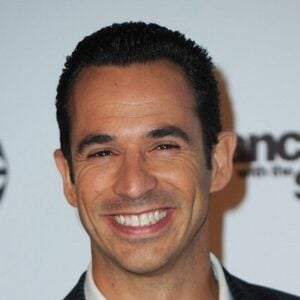