Heath Shuler net worth: Heath Shuler is a former NFL quarterback and a member of the U.S. House of Representatives who has a net worth of $8 million. Shuler was born in Bryson City, North Carolina on December 31, 1971. Prior to his political career, Shuler was a first-round NFL Draft pick in 1994.

He began playing for the Washington Redskins from 1994 to 1996, followed by the New Orleans Saints in 1997, and ending with the Oakland Raiders in 1998 with whom he performed during the offseason and practice squad only. Shuler was the 1993 Heisman Trophy runner-up despite his controversial tendencies to several interceptions in his early years under a constant shadow of 1994 draft pick, Gus Frerotte, who went on to compete in the Pro Bowl. In 2005, Shuler started actively engaging himself in the Democratic Party and gave word that he would be running for the U.S. House of Representatives in 2006. His ideology showcases conservative values against same-sex marriage and emphasizes pro-gun rights as well as anti-abortion laws, and Shuler is a member of the Fellowship of Christian Athletes as well as the Blue Dog Coalition, which focuses on conservative democratic ideals. He is currently married to Nikol Davis and has two children by the names of Island and Navy. 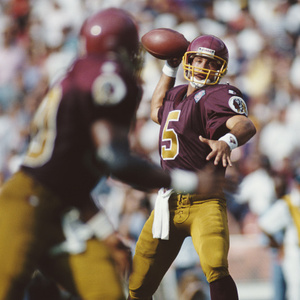