Heath Farwell net worth: Heath Farwell is an American football player at the linebacker position for the Seattle Seahawks who has a net worth of $13.8 Million. Heath Farwell was born in Fontana, California in 1981 and played high school football, baseball and track & field at Corona High School in Corona, California.

He received all league honors his junior and senior season with 96 tackles and 12 sacks his junior year and 129 tackles and 10 sacks his senior year. Heath Farwell played college football at San Diego State University. As a senior he started all 11 games for San Diego State and was third on the team in total tackles with 69, best on the team in sacks with seven, and had two interceptions and four forced fumbles. As a member of the Aztec football team he racked up 180 tackles, 13.5 sacks, and nine forced fumbles in three seasons. Heath Farwell was undrafted in the 2005 NFL Draft and signed afterwards by the Minnesota Vikings. Farwell was named the special teams MVP at the end of his rookie season with the Vikings. He played for Minnesota until 2011, when they waived him and his $7.5 million contract to make room in the salary cap. Heath Farwell has been playing for the Seattle Seahawks since 2011. 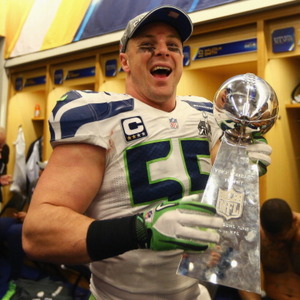