How much is Hank Baskett Worth?

Hank Baskett Net Worth and salary: Hank Baskett is a former American professional football wide receiver who has a net worth of $3.5 million. Hank Baskett was born September 4, 1982 in Clovis, New Mexico. During his high school years, Baskett lettered in football, basketball and track. In track, Baskett held a state record leap of 7 feet (2.1 m) in high jump at the 2000 state track meet in Albuquerque. In football, he was an all-state selection as both a wide receiver and as a punter. Hank Baskett graduated in 2001 with a 4.0 GPA. He then went on to the University of New Mexico where he was a leading wide receiver and earned all-academic honors every year and All-Mountain West Conference honors in his senior year. In 2006, Baskett signed with the Minnesota Vikings as a rookie undrafted free agent and was traded that season to the Philadelphia Eagles. In 2009, Baskett joined the Indianapolis Colts. He returned to the Eagles in 2010 with a one-year $800,000 deal, but was released and re-signed with the Vikings. He is perhaps most famous for his highly publicized marriage to Playboy model/reality TV celebrity Kendra Wilkinson. The two married in 2009. Wilkinson and Baskett co-starred on a reality TV series called "Kendra" from 2009 to 2011. They also co-starred on "Kendra on Top" which began airing in June 2012. Season six of the series began in 2017.  Hank and Kendra's first son Henry Randall "Hank" Baskett IV was born in 2009. Their first girl Alijah Mary Baskett was born in 2014. In 2015 he appeared on the reality TV series Marriage Boot Camp: Reality Stars. On April 6, 2018 Kendra Wilkinson officially filed for divorce. She listed their actual date of separation as January 1, 2018. 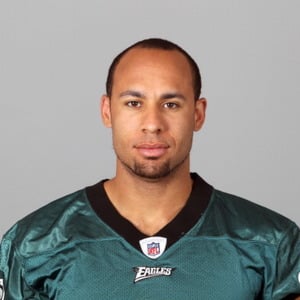