He was a two time First-Team All-ACC selection and one time Second-Team All-ACC selection. Nicks was drafted #29 by the New York Giants in the 2009 NFL Draft. He played for the Giants from 2009 to 2013 and for the Indianapolis Colts in 2014. Nicks won a Super Bowl Championship with the Giants and also won an NFC Championships. He was an NFL Offensive Rookie of the Month in 2009 and an NFL Alumni Wide Receiver of the year in 2011. Nicks signed a five year deal for $12.54 million with the Giants in 2009. In 2014 he signed a one year deal for $5.5 million with the Colts. 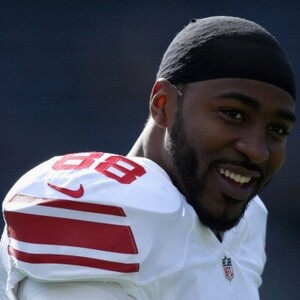