Gus Bradley Net Worth: Gus Bradley is an American professional football coach who has a net worth of $5 million. Gus Bradley was born in Zumbrota, Minnesota in July 1966. Bradley was a free safety and punter at North Dakota State University and was a four-time academic all-North Central Conference selection and won the NCAA Division II Football Championship.

He earned a master's degree in athletic administration. Bradley was a graduate assistant at North Dakota State from 1990 to 1991. From 1992 to 1995 he was a defensive coordinator and linebackers coach for Fort Lewis College. He went back to North Dakota State where he was defensive coordinator from 1996 to 2005. Bradley got his first NFL job as linebackers coach with the Tampa Bay Buccaneers from 2006 to 2008. He was defensive coordinator for the Seattle Seahawks from 2009 to 2013 before getting his first head coaching job with the Jacksonville Jaguars in 2013. He served as head coach for the South team in the 2014 Senior Bowl. 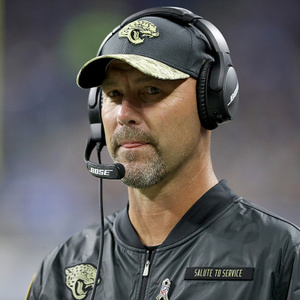