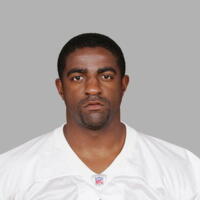 Greg Ellis Net Worth: Greg Ellis is a former American professional football player who has a net worth of $12 million. Born in Wendell, North Carolina, in 1975, Greg Ellis played high school and college football close to home. He suited up on Saturdays for the University of North Carolina Tarheels and earned three first-team All-Atlantic Coast Conference honors from 1995 until 1997. Ellis, a six-foot-six and 270-pound defensive end, also received consensus All-American recognition in 1997. The Dallas Cowboys drafted him with the eighth overall pick during the first round of the 1998 NFL Draft; he went on to play in Dallas for the next decade before joining the Oakland Raiders in 2009. Following the 2009 season, Ellis was released in March of 2010, and has not played professionally since then. Ellis earned AP and PFWA NFL Comeback Player of the Year honors during the 2007 season, the first and only season in his career during which he was honored as an All-Pro. Ellis finished his pro playing career with 394 tackles, 84 quarterback sacks, and four interceptions through 176 games. He also forced 23 fumbles and recovered ten of them. Ellis is married to high school sweetheart, Tangie Love, and they have three children together.