Grant Wistrom Net Worth: Grant Wistrom is a former American professional football player who has a net worth of $13 million. Grant Wistrom was born in Joplin, Missouri, in 1976, and played college football in the Midwest for the University of Nebraska Cornhuskers. He was drafted with the sixth overall pick of the 1998 NFL Draft and made his pro debut later that year for the St.

Louis Rams. Wistrom, a defensive end, played with the Rams until 2003. He joined the Seattle Seahawks ahead of the 2004 season and played there until the end of the 2006 season. Wistrom earned numerous accolades during his career, in high school, college, and the NFL. Prior to attending Nebraska, Wistrom was named a High School All-American in 1993. He twice won Big 12 Defensive Player of the Year and was a consensus All-American twice at Nebraska. He also earned first-team All Big 12 honors three times, won the Lombardi Award in 1997, and the Bill Willis Award the same year. Wistrom was part of three NFC-championship winning teams and won one Super Bowl – Super Bowl XXXIV, when the Rams defeated the Tennessee Titans in 2000 at the Georgia Dome. He finished his pro playing career with more than 400 total tackles in 132 games to go along with 53 quarterback sacks and five interceptions. 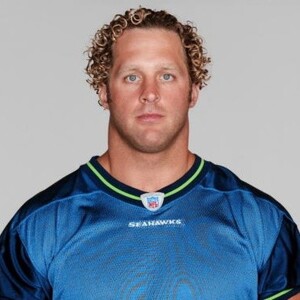