How much is Graham Gano Worth?

Graham Gano net worth: Graham Gano is a Scottish American professional football player who has a net worth of $6 million. Graham Gano was born in Arbroath, Scotland in April 1987. He is a placekicker who was an All-American First-Team selection by USA Today at Cantonment Tate High School. Gano played his college football at Florida State University where he won the Lou Groza Award and was a first team All-American and First-team All-ACC. He went undrafted and signed as a free agent with the Baltimore Ravens in 2009 before being released. Gano played for the Las Vegas Locomotives in the United Football League in 2009 and won the UFL Championship. He signed with the Washington Redskins where he played from 2009 to 2011. Gano has played for the Carolina Panthers since 2012. He set the Washington Redskins franchise record for longest field goal at 59 yards in 2011. Gano was named the NFC Special teams Player of the Month in 2015 and set a Carolina Panthers single season points record at 146. He also won the NFC Championship with the Panthers in 2015. In 2014 Gano signed a four year deal with Carolina for $12.4 million. 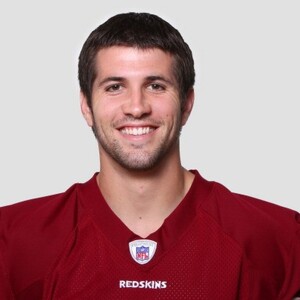