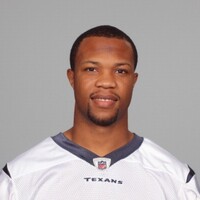 Glover Quin Net Worth: Glover Quin is an American football player who has a net worth of $12 million. Glover Quin is now playing as a football safety for the Detroit Lions of the NFL. Born on January 15, 1986 in McCob, Mississippi, Quin attended North Pike High School. Blessed with athletic talents, he was honored with an MVP award a senior student in both baseball and football. By the time Quin graduated from high school, he had already made 224 tackles and 13 interceptions. After spending one year in Southwest Mississippi Community College, he was transferred to the University of New Mexico. In his college years, Quin was an outstanding football player. He was given an Honorable Mention in 2006 and 2007 on the All Mountain West Conference (MWC). In 2008 he was selected as a first team All MWC. Quin was eventually drafted by the Houston Texans in the 2009 NFL Draft. His debut as a professional football player was on September 13, 2009, while his first NFL game took place on October 4, 2009. Quin played 15 out of the Texans´ 16 games with a total of 56 tackles. He ended the 2010 season with a total of 71 tackles. Quin also had an outstanding performance in the match against the Tennessee Titans on November 28, 2010. In this game, he made his first three interceptions as a professional along with five tackles and five passes defense. This made him named the AFC Defensive Player of the Week. Quin ended his career with the Houston Texans in 2012. In 2013, Quin joined the Detroit Lions, with whom he still plays.