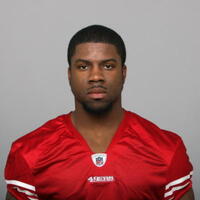 Glen Coffee net worth and salary: Glen Coffee is an American Army paratrooper and former professional football player who has a net worth of $1 million. Glen Coffee was born in Valparaiso, Florida in May 1987. Coffee was a running back who played his college football at Alabama. In 2008 he was named to the Associated Press All-SEC First Team. Glen was drafted #74 by the San Francisco 49ers in the 2009 NFL Draft. Coffee only played one season in the NFL serving as a backup to running back Frank Gore. In August 2010 Coffee announced that he was retiring and that his heart was never in football. In 2013 he enlisted in the United States Army to become a paratrooper and graduated from the United States Army Airborne School. Glen's brother Matt plays fullback for the University of South Carolina.