Gerard Warren Net Worth: Gerard Warren is an American football player who has a net worth of $10 Million. Born Gerard Thurston Warren on July 25, 1978, in Lake City, Florida, he has served as defensive tackle of the National Football League (NFL) for more than a decade. Currently serving as a free agent, he first put his football skills on full display playing on the Florida Gators team at the University of Florida.

While in college, he was a first-team All-Southeastern Conference (SEC) selection, as well as a second-team All-American. Next, Warren was selected by the Cleveland Browns third overall in the 2001 NFL Draft. He has since played professionally for three NFL teams: Denver Broncos, Oakland Raiders, and New England Patriots. Gerard Warren was definitely released by the Patriots on August 26, 2012 and has since been a free agent. 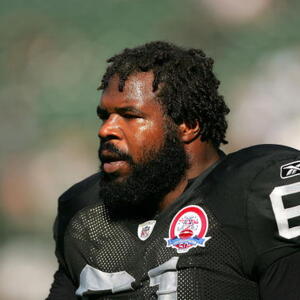