George Teague net worth: George Teague is an American former professional football player who has a net worth of $3 million. George Teague was born in Oscoda, Michigan in February 1971. He was a safety who played at Jefferson Davis High School. Teague played his college football at Alabama where he was second-team All-SEC in 1991 and All-SEC in 1992.

He was also a second-team All-American in 1992. George Teague was drafted #29 overall by the Green Bay Packers in the 1993 NFL Draft. He played for the Packers from 1993 to 1995. Teague played for the Dallas Cowboys in 1996 and the Miami Dolphins in 1997. He played for the Cowboys again from 1998 to 2001. He was selected to the NFL All-Rookie team in 1993. Teague finished his NFL career with 447 tackles, 2 sacks, 5 forced fumbles, 4 fumble recoveries, 15 interceptions, and 2 defensive touchdowns. He has been a high school football coach and an athletic director. 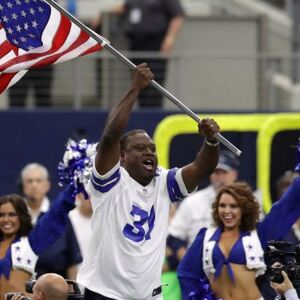