Gary Walker Net Worth: Gary Walker is a former American professional football player who has a net worth of $11 million. Gary Walker was born in Royston, Georgia, in 1973, and played college his college football in the south for the Auburn University Tigers. As a senior with the Tigers, Walker was honored as a second-team All-SEC player. The Houston Oilers drafted Walker with the 159th overall pick during the fifth round of the 1995 NFL Draft. Walker, a defensive lineman, went on to play for the Houston, and later Tennessee Oilers, until 1998. In 1999, Walker joined the Jacksonville Jaguars, where he remained until 2001, when he signed with the Houston Texans. Walker finished his career with the Texans in 2005. The linebacker is a two-time Pro Bowl player, earning the honor in 2001 and 2002, and was recognized as an All-Pro player during the 2002 season. He finished his pro playing career with 433 total tackles to go along with more than 46 quarterback sacks in 155 games. The end of Walker's career was marred by several injuries. He became the only player from the original Houston Oilers' team to also be a member of the Houston Texans after the NFL expanded back into the Houston area. Walker now lives in northern Georgia. 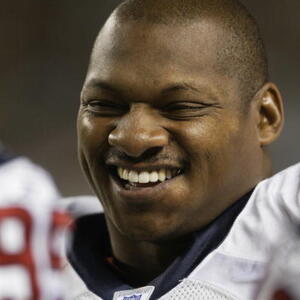