How much is Gale Sayers Worth?

Gale Sayers net worth: Gale Sayers was an American Hall of Fame professional football player who had a net worth of $50 million dollars at the time of his death. He is considered by many to be the greatest running back in NFL history. After his career was cut short due to injuries, Gale was inducted into the Hall of Fame in 1977 even though he had only played seven NFL seasons. He was named to the All-Pro team five times and led the league in rushing for two seasons. In total he rushed for 4,056 yards and scored 39 touchdowns. Gale died on September 23, 2020 at the age of 77.

Gale Sayers was born in Wichita, Kansas on May 30, 1943. He grew up in Omaha, Nebraska. He played football and competed on the track team while in high school, setting a long jump state record. He went on to play college football at the University of Kansas, where he was a two-time All-American and set an NCAA Division 1 yard record. The Chicago Bears drafted him in 1965, and he went on to play for the team for the next six years. While with the Bears, he was a four-time Pro Bowl selection, a 5-time AP First-Team All-Pro selection, a 3-time Pro Bowl Co-MVP, a 2-time NFL Rushing champion, and both UPI NFL Rookie of the Year, and UPI NFL Comeback Player of the Year. He was inducted into the Pro Football Hall of Fame in 1977, and the Chicago Bears retired his number. His book, "I Am Third", inspired the movie, "Brian's Song".

Business Career: After leaving the NFL, Gale worked in the athletic department at the University of Kansas – his alma mater. In 1976 he became the athletic director at Southern Illinois University Carbondale.

In 1984 he founded Crest Computer Supply Company. The company was eventually renamed Sayers 40, Inc. Over time the company morphed into a highly successful technology consulting firm. It has been described as a the largest minority-owned information technology services firm in the US. The company serves many Fortune 1000 companies and eventually hit a peak annual revenue of $300 million. 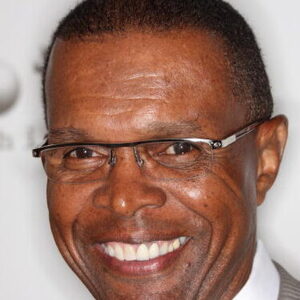