What was Frank Gifford's Net Worth?

Frank Gifford was an American football player and sportscaster who had a net worth of $60 million dollars at the time of his death. That was a combined net worth with his wife, Kathie Lee Gifford. Frank Gifford died on August 9, 2015 at the age of 84. According to his will, Frank's liquid assets were valued at $10 million. He also owned a $2.5 million house in Florida and co-owned a $22 million mansion in Connecticut with his wife.

Frank Gifford was born Francis Newton Gifford on August 16, 1930, in Santa Monica, California. He grew up with mother Lola, father Weldon (an oil driller), sisters Frances and Winona, and brother Waine. Frank attended Kern County Union High School (now known as Bakersfield High School), and after graduation, he enrolled at Bakersfield Junior College. After Gifford's death, his widow, Kathie Lee Gifford, revealed that Frank grew up in poverty and that his family sometimes had to resort to eating dog food. She also said that Gifford's father had a difficult time finding work during the depression, so the family moved nearly 30 times before Frank attended high school.

Though Gifford wanted to go to the University of Southern California (USC), his grade point average wasn't high enough to earn a scholarship, so he played one season of football at Bakersfield Junior College. At Bakersfield, he was named to the Junior College All-America team, and his grades were high enough to get him into USC. While playing at USC, Frank rushed for 841 yards on 195 carries during his senior year and was named an All-American in 1951. As a USC student, he joined the Phi Sigma Kappa fraternity, and he graduated in 1952. 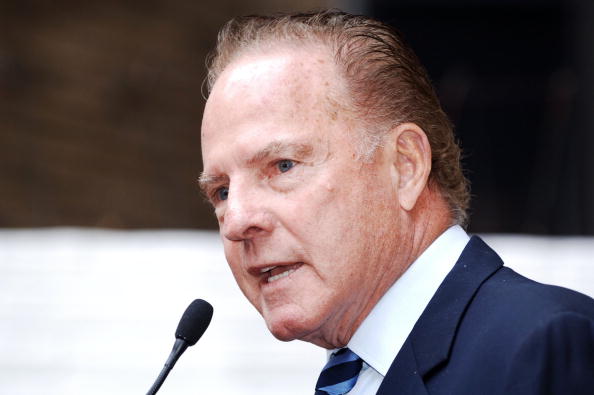 After retiring from football, Gifford became a broadcaster, covering football, basketball, and golf for CBS. ABC wanted to hire Frank for "Monday Night Football" when it  debuted in 1970, but since his CBS contract still had a year on it, the network hired his friend Don Meredith after Gifford recommended him. Frank became the play-by-play announcer for "Monday Night Football" in 1971 and stayed on the show until 1997. In 1986, Frank took on the role of color commentator, and Al Michaels became the play-by-play announcer. Gifford did color commentary alongside O.J. Simpson and Lynn Swann in 1986, then he was joined by Dan Dierdorf for the rest of his time on the show. After Frank's 1997 affair/scandal, Boomer Esiason replaced him in the broadcast booth, and in 1998, he was involved in ABC's "Monday Night Football" pregame show, which only ran for one season. Gifford also hosted NFL coverage on Channel 4 in England in 1986, and he was a commentator and reporter for ABC's coverage of golf, skiing, and the Olympics. In the '70s, he announced Evel Knievel's jumps on the ABC series "Wide World of Sports," and he occasionally guest-hosted "Good Morning America," which is where he met Kathie Lee.

Frank married Maxine Avis Ewart, his college sweetheart, on January 13, 1952, and they had three children, Jeff, Kyle, and Victoria, before divorcing in 1976. Victoria married Robert F. Kennedy's son, Michael LeMoyne Kennedy, in 1981, and they were separated at the time of his 1997 death, due to allegations that he had an affair with the family's teenage babysitter. Frank married fitness trainer Astrid Lindley on March 11, 1978, and after they divorced in 1986, he wed Kathie Lee Johnson (née Epstein) on October 18th of that year. They welcomed son Cody on March 22, 1990, and daughter Cassidy on August 2, 1993. In 1997, the "Globe," a tabloid magazine, paid former flight attendant Suzen Johnson to lure Gifford into a hotel room that was equipped with hidden recording equipment, so they could take photos of Johnson seducing him. After the tabloid published the photos, "National Enquirer" editor Steve Coz stated, "There's a difference between reporting the news and creating the news. It's one thing to catch a celebrity cheating and another to induce or entrap them. Without the 'Globe,' there would be no story here. I'm in the tabloid industry, and this is way over the top. It's downright cruel." The "Globe" reportedly paid Johnson between $75,000 and $125,000. According to Johnny Carson's former lawyer, Henry Bushkin, Carson's second wife, Joanne, had an affair with Gifford in the early '70s.

At age 84, Frank died of natural causes on August 9, 2015, at his home in Greenwich, Connecticut. A few months later, his family revealed that Gifford had suffered from the degenerative disease chronic traumatic encephalopathy, which cannot be diagnosed until after death. They stated, "After losing our beloved husband and father, Frank Gifford, we as a family made the difficult decision to have his brain studied in hopes of contributing to the advancement of medical research concerning the link between football and traumatic brain injury…We miss him every day, now more than ever, but find comfort in knowing that by disclosing his condition we might contribute positively to the ongoing conversation that needs to be had; that he might be an inspiration for others suffering with this disease that needs to be addressed in the present; and that we might be a small part of the solution to an urgent problem concerning anyone involved with football, at any level."

In his will, Frank's liquid assets were valued at $10 million. He left $500,000 each to Jeffery and Victoria and $1 million in a trust for Kyle, who was seriously injured in a 1979 car accident and lived with Frank and Kathie Lee in their $22 million Connecticut home. Gifford left that home and a Key Largo residence to Kathie Lee. He also left $300,000 to Cody and Cassidy's former nanny, Christine Maria Gardner; though both children were already adults when the will was written, it stipulates that Gardner will become their guardian if Kathie Lee passes away. The remaining $7.7 million went to Kathie Lee, who is the executor of the estate.

Gifford received a Lifetime Achievement Award from the Sports Emmys in 1997, and he won the award for Outstanding Host or Commentator for the 1976-1977 season. He earned two Primetime Emmy nominations for "NFL Monday Night Football," Outstanding Achievement in Sports Programming in 1974 and Outstanding Sports Personality in 1976. Frank won the Pete Rozelle Radio-Television Award in 1995 and a Disney Legends Award in 2008, and he was posthumously inducted into the National Sports Media Association (NSMA) Hall of Fame in 2017. For his college football career, he was named an All-American in 1951, and he was inducted into the College Football Hall of Fame (1975) and University of Southern California Athletic Hall of Fame (1994). During his professional football career, Gifford was an eight-time Pro Bowl selection, NFL MVP (1956), and Pro Bowl MVP (1959). He was inducted into the Pro Football Hall of Fame in 1977, and he was the honorary co-captain of Super Bowl XLVIII. 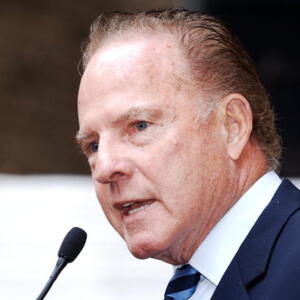