Franco Harris net worth: Franco Harris is an American former professional football player who has a net worth of $3 million. Franco Harris was born in Fort Dix, New Jersey in March 1950. Harris was a fullback who attended Rancocas Valley Regional High School. He played for Penn State University and led the team in scoring in 1970.

Harris was drafted #13 by the Pittsburgh Steelers in the 1972 NFL Draft. He played for the Steelers from 1972 to 1983 before finishing his career with the Seattle Seahawks in 1984. During his career Harris was a four time Super Bowl Champion and the Super Bowl IX MVP. He was a nine time Pro Bowl selection, an AP First-Team All-Pro in 1977 and an AP Second-Team All-Pro in 1972 and 1975. He was the NFL Offensive Rookie of the Year in 1972 and AFC Rookie of the Year the same season. Harris was the Walter Payton Man of the Year in 1976. He was inducted into the Pittsburgh Pro Football Hall of Fame in 2011 and has been named to the NFL 1970s All-Decade Team and the Pittsburgh Steelers All-Time Team. Harris was inducted into the Pro Football Hall of Fame in 1990. His #32 jersey was retired and he is the Steelers All-Time Leader in rushing touchdowns, rushing yards, and rushing attempts and is a member of the 10,000 Rushing Yards Club. 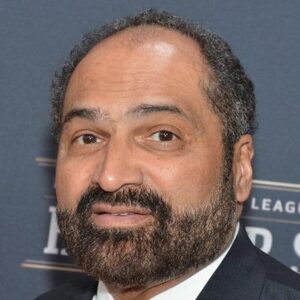