Flozell Adams Net Worth: Flozell Adams is a former American football player who has a net worth of $8 Million. Born Flozell Jootin Adams on May 18, 1975, in Chicago, Illinois, he played as an offensive tackle of the National Football League (NFL) for twelve years. Prior to turning pro, Adams played college football at Michigan State University.

Thanks to his massive size (6-foot-7, 335-pounds) he got the nickname "The Hotel", and became a second team All-Big Ten selection as a junior. Next, he went on to receive All-America honors and become named the Big Ten Offensive Lineman of the Year. What's more he was a semi-finalist for the Outland Trophy and the Lombardi Award. He also got invited to play in the East-West Shrine Game and the Senior Bowl. It was in 1998 that he was chosen by the Dallas Cowboys in the second round of the NFL Draft that year. Spending almost his entire 12-year career with Dallas, Adams was a durable player who missed only 14 games in total. Having started 194 out of 198 played games, he is a five-time Pro Bowl selection 2003–2004 and 2006–2008. The last Super Bowl he took part in was right after his move to Pittsburgh, which landed him in Super Bowl XLV in 2010. The same year, Flozell Adams was released on July 29, 2011, after one season in Pittsburgh. This big-framed former NFL player spends his post-retirement days in Morton, Illinois. 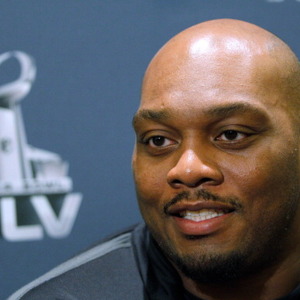