Fletcher Cox net worth: Fletcher Cox is an American professional football player who has a net worth of $30 million. Fletcher Cox was born in Cicero, Illinois in December 1990. He is a defensive tackle who played at Yazoo City High School. Cox played his college football at Mississippi State where he was named First-team All-American and First-team All-SEC in 2011.

He was drafted #12 in the 2012 NFL Draft by the Philadelphia Eagles and has played his entire career for the Eagles. Cox was selected to the Pro Bowl in 2015. He was named PFWA All-NFC in 2014 and a Second-team All-Pro in 2014 and 2015. In 2016 he signed a six year deal with Philadelphia for $103 million making him the highest guaranteed non-quarterback in the history of the NFL at $63 million. 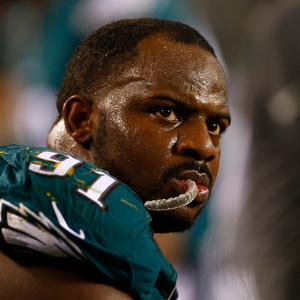