Eric Steinbach Net Worth: Eric Steinbach is a former American professional football player who has a net worth of $12 million. Eric Steinbach was born in Joliet, Illinois, in 1980, and played college football in the Midwest for the University of Iowa Hawkeyes. In 2001, he was named a first-team All Big Ten lineman, the first of two such honors in his career.

A year later, Steinbach was considered a consensus All-American and won the 2002 Big Ten Offensive Lineman of the Year Award. Steinbach, a six-foot-six, 295-pound offensive lineman, was chosen with the 33rd overall pick during the second round of the 2003 NFL Draft by the Cincinnati Bengals. He made his rookie debut later that season for the Bengals, with whom he played for four seasons until 2006. The guard then moved across Ohio to play for the Cleveland Browns from 2007 until 2011. In 2012, Steinbach signed a free agent contract with the Miami Dolphins, but he did not suit up in a regular season game for the team in South Florida. He played in 125 career games through the end of the 2011 season, starting in all but one of them. He recovered three fumbles during the course of his career. 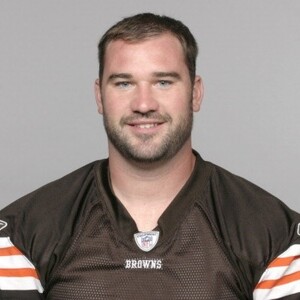