Eric Johnson Net Worth: Eric Johnson is an American football player who has a net worth of $10 million. Though it should be noted that the majority of Eric's net worth is attributable to his wife Jessica Simpson, whom he marred in 2014.

Born Eric Maxwell Johnson on September 15, 1979, in Needham, Massachusetts, US, he played as a tight end in the National Football League. Athletically gifted Johnson first got the chance to flaunt his football skills on a wider scale at Yale, where he played as a wide receiver. He was the one to catch 21 receptions for 244 yards in Yale's come-from-behind victory against Harvard in 1999, including the game-winning touchdown catch. He turned pro after he was drafted by the San Francisco 49ers in the seventh round of the 2001 NFL Draft. When healthy, he was a big contributor to the 49ers passing game. But still, he did miss all of the 2003 and 2005seasons, due to injuries. He remained with the San Francisco 49ers until 2006, and he signed a one-year contract with the New Orleans Saints in 2007. The following year he got re-signed by the team, but the Saints released him for good on July 31, 2008. Two years after his retirement from the sport, the once-married former NFL player started dating singer Jessica Simpson. The couple announced their engagement few months later and they have now three children together. 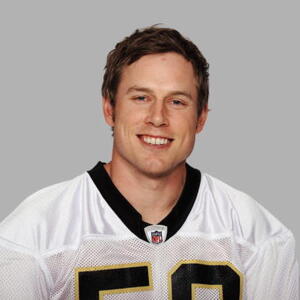