Eric Decker Net Worth and Salary: Eric Decker is a former American football wide receiver with a $10 million net worth. Decker played in the National Football League for eight seasons, reaching the Super Bowl once in 2013 with the Denver Broncos. Eric starred in the reality television series "Eric & Jessie: Game On," which follows the life of him and his wife, country music singer Jessie James Decker, and their three children. The show aired for three seasons between 2013 and 2017.

Early Life: Eric Decker was born on March 15th of 1987, in Cold Spring, Minnesota. Eric attended Rocori High School and was at school in 2003 during the Rocori High School shooting, having hidden in a cupboard until police arrived. During high school, Decker played football, basketball, and baseball, excelling in all three sports. Eric went to the University of Minnesota, where he played on the baseball and football teams. Decker was a stand-out in football in his junior, sophomore, and senior seasons. During his senior year, in 2009, a "Sports Illustrated" columnist declared Eric the third-best wide receiver in college football.

Career: In the 2010 NFL Draft, the Denver Broncos selected Decker with the 87th overall pick. Eric signed a four-year deal worth $2.5 million. Due to the Bronco's depth at wide receiver, Decker did not see much playing time during his rookie season, although he appeared on special teams. In his second year, he started in all 16 regular-season games.

In 2012, his third season, Eric seemed prepared for a breakout year, as the Denver Bronco's added veteran quarterback Peyton Manning to their roster. Decker indeed performed well, finishing the season with 85 catches for 1,064 yards and 13 touchdowns. In Week 13, against the Kansas City Chiefs, Decker made a career-high 174 yards receiving yards and tied a team-high with four receiving touchdowns. He ranked second in the league for receiving touchdowns in 2012.

Eric Decker had another impressive year in 2013, contributing to Peyton Manning's historical passing season. Eric had several stand-out games and finished the season with 87 receptions for 1,288 yards, career highs, and 11 touchdowns. The Denver Broncos progressed through the post-season to Super Bowl XLVIII, where they met the Seattle Seahawks. The Broncos were favored to win the game; however, they were upset by a massive 43-8 loss. Eric only had one reception for six yards in the super bowl.

On March 12th, 2014, Decker signed a five-year, $36.25 million contract with the New York Jets but played only three of those seasons before being released. Afterward, he played one season with both the Tennessee Titans and New England Patriots before announcing his retirement in 2018.

Relationships: On June 22nd of 2013, Eric Decker married his wife, country singer Jessie James. They have three kids together; one daughter named Vivianne and two sons, Eric and Forrest. From 2013 until 2017, three seasons of the reality television series called "Eric and Jess: Game on" aired, showing the Decker-family's life.

In 2017, Eric and his wife condemned NFL players kneeling during the national anthem to raise awareness about racial inequality and police brutality.

Real Estate: In 2017, Eric Decker listed his family home in Georgia for $1.45 million. The extravagant residence features eight bedrooms, eight bathrooms, and two half-bathrooms. The house was built in 2006 and is 10,000-square-feet, including a wine cellar, two kitchens, and a boat-shaped tub in one bathroom. The family then purchased and moved into a six-bedroom, eleven-bathroom house in Nashville worth $4.25 million. As of 2020, the Decker family continue to live in their Nashville home together. 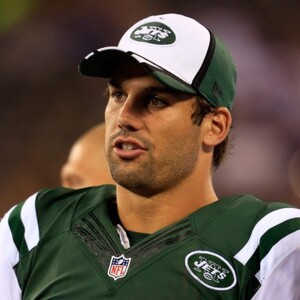