Emmanuel Sanders net worth: Emmanuel Sanders is an American professional football player who has a net worth of $6 million. Emmanuel Sanders was born in Bellville, Texas in March 1987. He is a wide receiver who earned seven All-District honors at Bellville High School. Sanders played his college football at Southern Methodist University where he was All-Conference for his final two seasons. 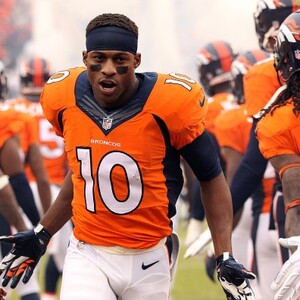