Eddie Lacy Net Worth and salary: Eddie Darwin Lacy is an American football player who has a net worth of $9 million. Thanks to his exceptional skills, he is a highly regarded player for the Green Bay Packers of NFL. Born on June 2, 1990 in Gretna, Louisiana, Lacy first put on a show his football talents in high school, i.e., at the Dutchtown High School in Geismar.

Soon he became a highly touted player and was awarded with an athletic scholarship by the University of Alabama. In his college career he earned two national championship victories. He also became the starting running back for Alabama after the departure of Trent Richardson. Eddie Lacy managed to run 81 yards and score two touchdowns in the 2012 SEC Championship game. He turned pro in 2013 after he got declared for the NFL Draft in January. On February 1, 2014 Lacy won the Offensive Rookie of the Year Award. 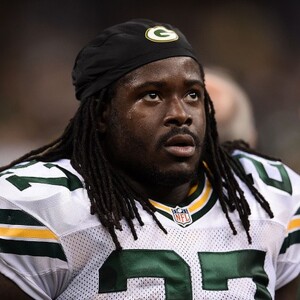