How much is Eddie Jackson Worth?

Eddie Jackson net worth: Eddie Jackson is an American reality television personality and former professional football player who has a net worth of $1 million. Eddie Jackson was born in Richardson, Texas in December 1980. He was a cornerback who played his college football at the University of Arkansas where he was successful in track and field winning four national titles and becoming a College All-American as well as setting a freshman record for the 110 high hurdles. Jackson went undrafted but signed with the NFL's Carolina Panthers in 2004 as a free agent. He played for the Miami Dolphins from 2005 to 2006. Jackson signed a two year deal with the New England Patriots in 2007 for just over $3 million. In 2008 he was signed by the Washington Redskins but released before the season started. Jackson finished 8th on the reality TV series MasterChef in 2013. In 2015 he competed in the reality television series Food Network Star. 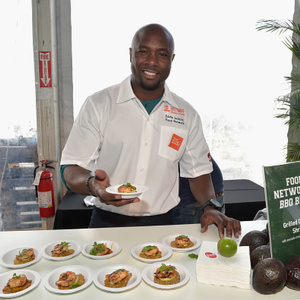