Eddie George net worth: Eddie George is a retired American football player who has a net worth of $2 million. Born in Philadelphia, Pennsylvania, Eddie George graduated from Fork Union Military Academy, where his athletic abilities attracted multiple colleges. He went on to attend Ohio State University where he proved to be a valuable player, and won the Heisman Trophy.

He was drafted by the Houston Oilers (Tennessee Titans) in 1996, and played for the team until 2003. While with the Oilers, he was a four-time Pro-Bowl selection, and was named NFL Offensive Rookie of the Year. He also became the second running back to rush for 10,000 yards in consecutive starts. He also holds the record for the second most starts in consecutive games with 128. Eventually, his body simply wore down, and he was not able to keep up the pace. He signed with the Dallas Cowboys for one year in 2004, but chose to retire in 2005. 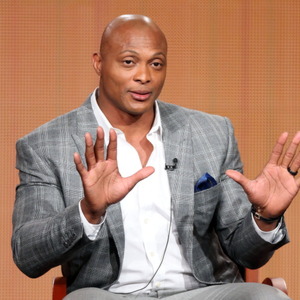