Ed McCaffrey net worth: Ed McCaffrey is an American former professional football player who has a net worth of $6 million. Ed McCaffrey was born in Waynesboro, Pennsylvania in August 1968. He was a wide receiver who played at Allentown Central Catholic High School. McCaffrey played his college football at Stanford where he was named First-team All-Pacific-10 and a First-team All-American in 1990.

He was drafted #83 overall by the New York Giants in the 1991 National Football League draft. Ed McCaffrey played for the Giants from 1991 to 1993 and for the San Francisco 49ers in 1994. He played for the Denver Broncos from 1995 to 2003. During his career he won three Super Bowls and in 1998 he was selected to the Pro Bowl and named a second-team All-Pro. McCaffrey was named to the Denver Broncos 50th Anniversary Team. He finished his career with 565 receptions for 7,422 yards and 55 touchdowns. 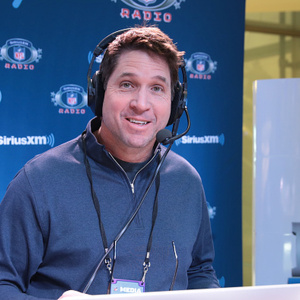