How much is Dwight Freeney Worth?

Dwight Freeney Net Worth and salary: Dwight Freeney is an American professional football player who has a net worth of $5 million dollars. Born in Hartford, Connecticut, in 1980, Dwight Freeney played football on a scholarship at Syracuse University. While in school, he set Syracuse's single-season sack record with 17.5 quarterback takedowns, finishing his career with 34 sacks overall. The Indianapolis Colts used the eleventh pick of the first round to select Freeney during the 2002 NFL Draft. He went on to force an NFL rookie record nine fumbles in first season. Freeney is a seven-time Pro Bowler and three-time first-team All Pro. The 2005 AFC Defensive Player of the Year led the Colts to a win over the Chicago Bears in Super Bowl XLI. He is a member of the 100 Sacks Club and led the league in sacks in 2004. Freeney is part of the NFL's 2000s All-Decade Team, and is credited with 300 tackles, 108 sacks, 44 forced fumbles and one safety through his career as of 2013. He wasn't resigned by the Colts in 2013 and quickly inked a deal with the San Diego Chargers as a free agent. When Freeney left Indianapolis, he held the franchise record for sacks with 107.5, though that mark was soon surpassed by defensive end and former teammate Robert Mathis.

Financial issues: In 2015, Freeney sued Bank of America for $20 million claiming the bank's wealth management division bilked him out of $20 million by mismanaging his finances. A former BofA adviser was ultimately convicted of illegally removing $2.2 million from one of Freeney's accounts. These issues were blamed as one of the factors that forced Dwight to shut down his restaurant. 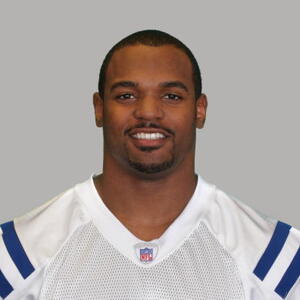