Dwight Clark net worth: Dwight Clark was an American professional football player who had a net worth of $10 million at the time of his death in 2018. Dwight Clark was born in Kinston, North Carolina in January 1957. He was a wide receiver who played his college football at Clemson and was inducted into the Clemson Hall of Fame.

Clark was drafted #249 in the 1979 NFL Draft by the San Francisco 49ers. He played for the 49ers his entire career from 1979 to 1987. Clark was a two time Super Bowl champion, two time Pro Bowl selection, and two time All-Pro selection. His #87 was retired by the San Francisco 49ers. Clark is best known for the play known as "The Catch" which was a touchdown catch against the Dallas Cowboys in the 1982 NFC Championship Game. It is considered one of the most perfect and miraculous plays in NFL and maybe even sports history. After retiring he served as general manager for the 49ers in 1998 and for the Cleveland Browns from 1998 to 2002. Unfortunately, Dwight Clark died at the age of 61 on June 4, 2018 after battling with ALS. 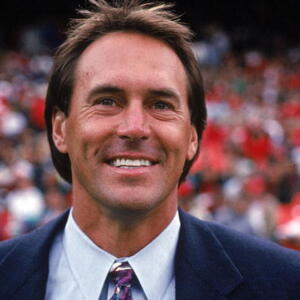