Dre' Bly Net Worth: Dre' Bly is a former American football player who has a net worth of $19.2 Million. Born Donald André Bly on May 22, 1977, in Chesapeake, Virginia, he played eleven seasons as a cornerback in the National Football League (NFL). While attending the University of North Carolina, he was part of the North Carolina Tar Heels football team and acquired All-American honors twice.

In 1999, Bly was selected by the St. Louis Rams in the second round of the NFL Draft that year. He has since spent four seasons with the Rams, thus earning a Super Bowl ring with them from Super Bowl XXXIV. During his subsequent four year tenure with the Detroit Lions, Dre' Bly was selected to two Pro Bowls. The other teams that he played with include the Denver Broncos (2007-2008) and the San Francisco 49ers (2009). It was in 2010 that he retired from the sport for good few months after he was re-signed by the lions on July 2. Off the field, he is a married man with four children. 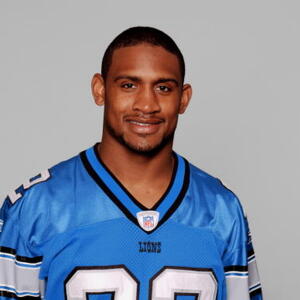